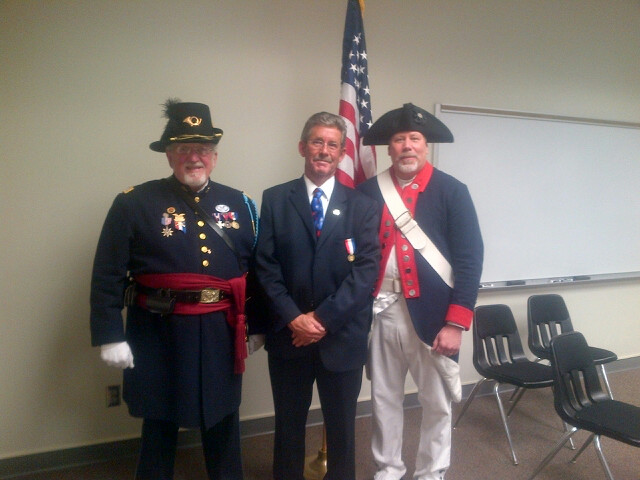 He was nominated for this honor by the Jean Marie Cardinell Chapter of Des Moines. His name has now been submitted to Washington DC to the National Society for their consideration.

Past Governor and current secretary of Agriculture Thomas Vilsack appointed Patrick Palmersheim Executive Director of the Iowa Commission of Veterans Affairs in January 2002.

Patrick served from nine years of military service with the Air Force including 2 tours in Vietnam 1969-71.

Patrick was instrumental in making Iowa the first state in America to pass legislation giving nursing homes the opportunity to report their residents who were veterans, spouses, widows, widowers, and dependents with potential eligibility for Federal Veterans Administration benefits.

Patrick Palmershiem is also often referred to as “The Father of Iowa’s Arlington.”

The groundbreaking of Iowa Veteran’s Cemetery took place in November 2006. The Iowa Veterans Cemetery provides a final resting place for over 80,000 veterans from anywhere in America. There is no residency requirement. Patrick made sure that even homeless veterans would have this benefit.

IASSAR member Col. Greg Hapgood of the Iowa National Guard spoke of Mr. Palmershiem’s commitment to veterans and their families and IASSAR member David Lamb shared examples of Palmershiem’s support to service organizations and honor guard units of the SAR and SUVCW.